Maybe Another Time – Sun and Clouds in Amsterdam

It was sunny when he came towards the window to sit and relax, hoping to catch some sunshine on an otherwise gloomy week. But after a few minutes, the sun was gone leaving Amsterdam in its all familiar grey color.

He saw above towards the overcast sky and clouds which showed no signs of receding, and then towards the city, going about as usual. Some people looked up to checked if the sun was coming out again anytime soon or not, and others just continued with their daily routine. He noticed some people putting on their jackets which they had removed in the sunshine.

“Maybe another time.”, he said as he decided to close the window and sit in the warm but dark room in his house. 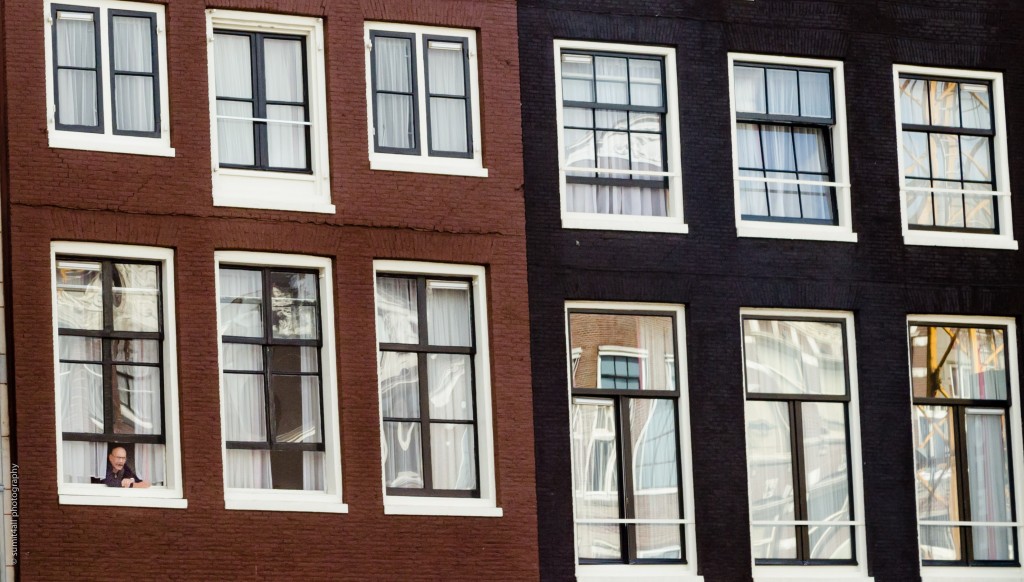