Boats and Houseboats in Amsterdam Centrum

Amsterdam is synonymous with water. In fact, most of the city is below sea level and many areas have been reclaimed from the sea by building dams and protective dykes over the centuries as population and trade has grown. And it is still growing by reclaiming more and more lands from the sea. There are a few neighbourhoods in Amsterdam which were under sea water less than 50 years ago. 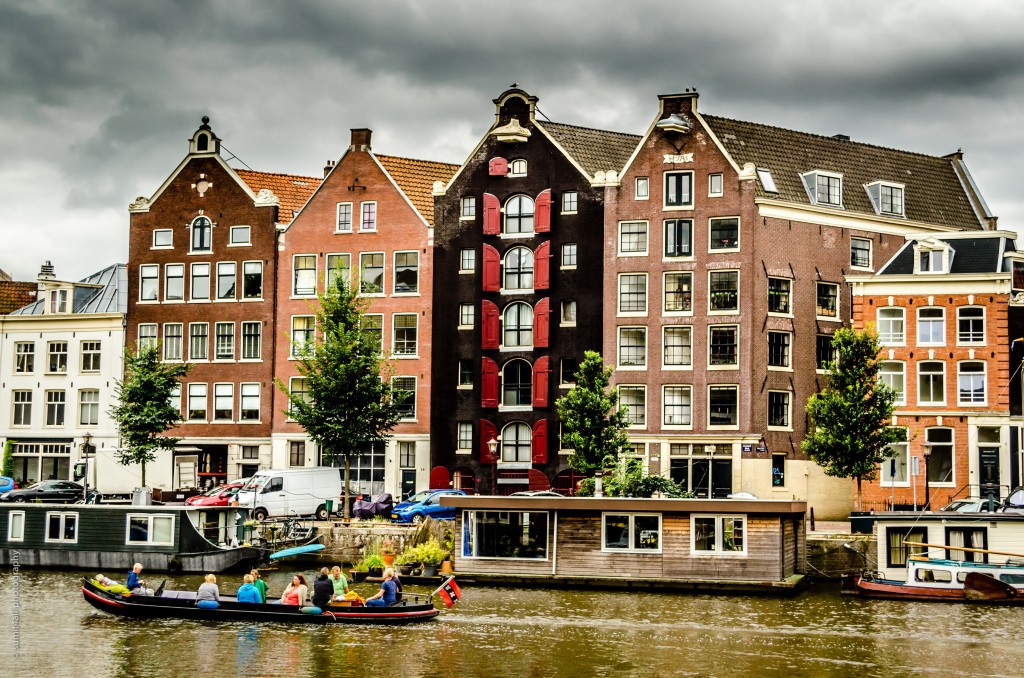 The canals, most of which were dug in the 17th century in the form of concentric circles, are the result of excellent city planing. The four concentric canals and the Centrum area which they navigate are now a UNESCO world heritage site. Today Amsterdam has more than one hundred kilometres of canals, about 90 islands and 1,500 bridges giving it the nickname “Venice of the North”.