Well, that’s Amsterdam in a few words. There are narrow houses (which have their own story) with lots of windows, there is a canal and there are bikes all over. Yes, I mean all over. 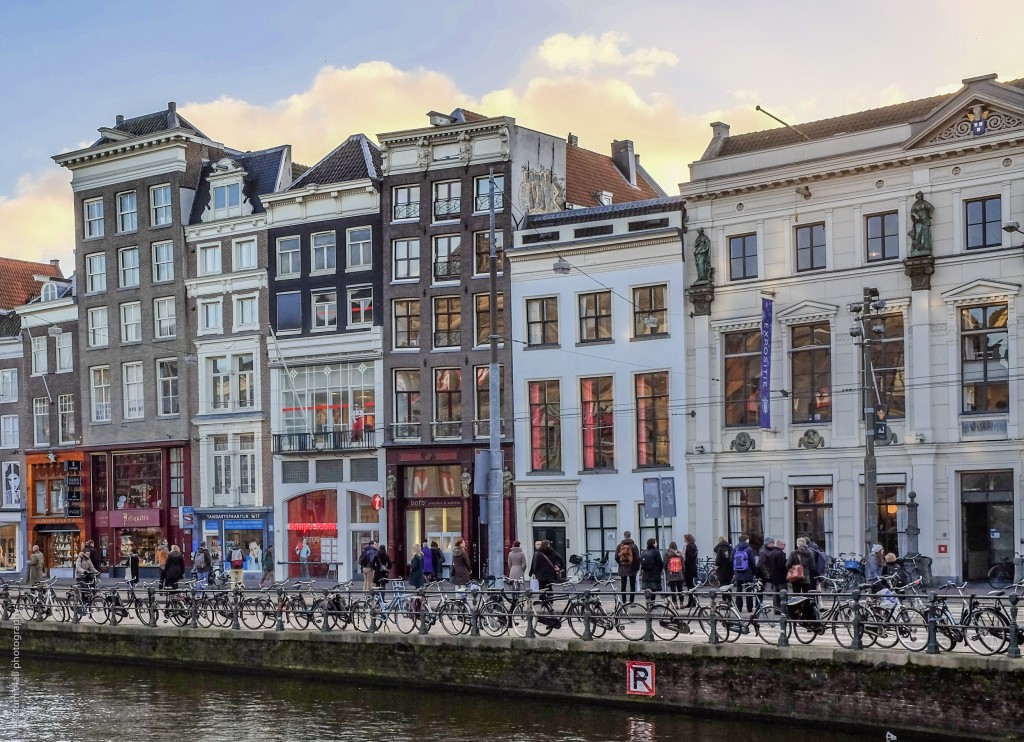 Bikes by a canal near Spui, Amsterdam

This shot was taken during sunset near Spui, which clearly shows the huge number of bikes this city has. For over 800,000 citizens – there are close to a million bikes. Back in the sixteenth century, Dutch authorities levied taxes from citizens based – among other things – on the width of their houses. And that is the reason behind such narrow houses. And yes – they are from the 16th or 17th century – the Dutch Golden Age.