Very often I have heard after presenting a photograph to an audience, “Was it really that way?” or “Have you photoshopped it?” They might say that the place was not that beautiful when they visited the spot last time. People ask these questions because the photograph looks unreal to them, or the place looks too beautiful and the scene looks too good to be true.

When you take out your camera (be it your smartphone or your advanced DSLR) and just ‘click‘ the shutter without giving it much thought, you take a snapshot and not a photograph. Or if you wish to call it a photograph, that is a photograph in its most basic sense.

Photography is so much more than just pointing the camera at a scene and clicking the shutter. Just like any random set of brush strokes is not a painting, any random camera shutter click is not a photograph. 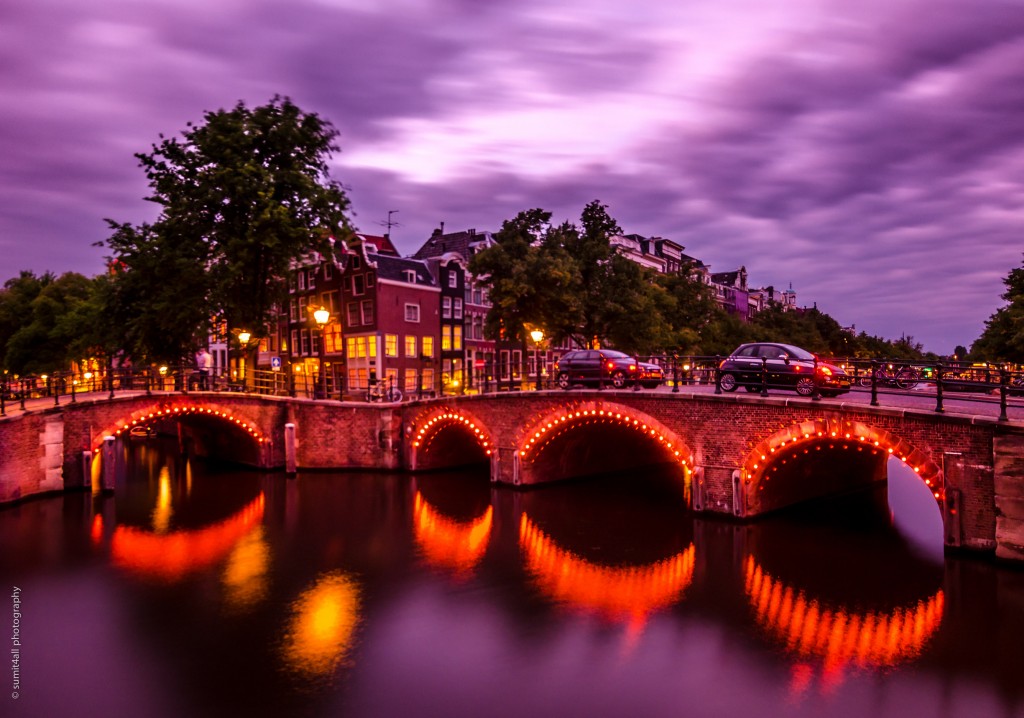 Taken after sunset but before it goes completely dark, on a cloudy and rainy day – all of which combine to make this photograph.

What is reality? For me, trying to achieve or capture absolute reality in photography is a myth because of the below factors :-

A scene shot during sunset will be different from the same scene shot during harsh daylight from one shot during night. It might be raining or overcast, or it might be sunny and pleasant, or it might be cloudy with some sunlight peeping through, producing very different photographs in each case. So the statement that this place doesn’t look as beautiful as in the photograph doesn’t make any sense at all as most photographers shoot beautiful landscapes during sunrise or sunset when the light is at its best, and then they wait for the right weather conditions (clouds, thunderstorms, season) to do so. There is a lot of hard work and persistence involved in creating a beautiful photograph which the random viewer can not observe at all times in any particular spot.

I believe capturing reality is futile because the camera doesn’t see the world as the human eye does. Our eyes don’t have different lenses producing different views of the same place like a camera does. Our eyes don’t have a concept of depth of field or bokeh ( or out of focus backgrounds). Our eyes can see more range of colors than any digital camera in the world can, so a camera is essentially limited as an image making medium compared to our eye. Our eyes sees a scene in 3D while any camera can at best look at a 3D scene and make a 2D snapshot of it. Our eyes don’t see in fast shutter speeds like stopping a wave in motion or slow shutter speeds like blurring a moving car, but using fast and slow shutter speeds creatively in a camera can produce totally different images. The use of aperture, exposure (under or over exposed images), shutter speed, different lenses, ISO are tools that a photographer has which the human eye doesn’t. 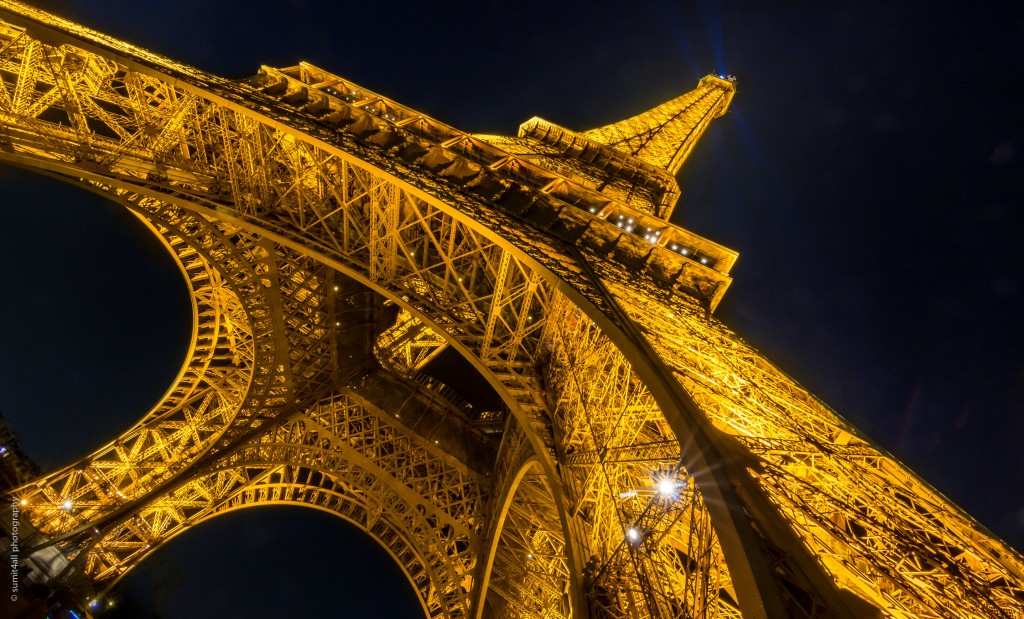 I am almost lying on the ground when I took this shot looking upwards. I used a wide angle lens and used a tripod to capture this long exposure. I walked around the Eiffel for an hour looking for all angles before finally finding this one.

Then, composition is a different art subject in its own right. If two people are out to photograph a landscape or a city scene, they might perceive and see it differently. Where to stand and from what viewpoint to make an image is totally the prerogative of the photographer. A scene might look good if he is stooping down and taking the image from a low angle, and another might look good from the rooftop of an adjacent building. Yet the average person will not stoop down at the same angle when he visits the photographed location and view the same scene. He will effectively only see his own interpretation of the scene that is in front of him.

Today’s cameras are mini-computers in themselves. The art of making a photograph doesn’t stop when the shutter is clicked and the light(data) is captured. Instead that is the starting point of how to process the data captured towards making a final photograph. In the film days, processing the negative in the dark room itself was an art in itself and many great photographers developed their own images so that they have full control over the final output. The same continues today, but in our cameras, smartphones and computers with tools like Instagram on one end and Photoshop on another. Where to put the limit on post processing (as almost anything is possible with Photoshop) depends on the photographer and the artist and is a matter worthy of a separate article in itself. 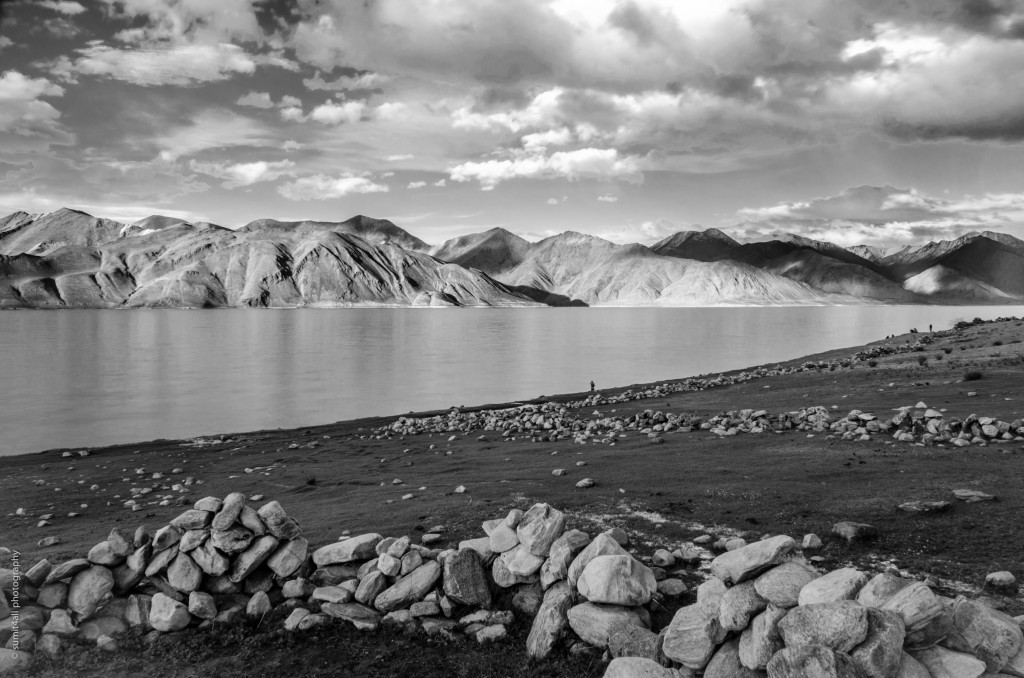 Reality is not in B&W. When I shoot, my objective is not to capture reality, but to express what I felt at that moment

In this article I have expressed my views about the role of reality when making and displaying a photograph. The use of photography in the last century has been to replace (or complement) what painters have been doing for many centuries before. Yet, the ‘rules’ for photography are considerably different from painting. We see painting as a form of art, and the act of creating a painting a very subjective interpretation of the subject by the artist (painter). But when we photograph something, reality is the yardstick by which most photography tends to be judged. Which is neither odd nor surprising, because photography in its most basic form is essentially capturing a scene as it looked to the eye, especially with the advent of portable cameras and smartphones. But it is also much much more than that.

To sum it up, consider this. When a painter paints a landscape or a portrait, he might choose to use color or do it in black and white, he might choose to paint it with a darkish tone to it, or paint something completely abstract depending on his/her taste or style. That is his artistic imprint over the painting he is creating. Similarly I believe that photography is an art form, and the photographer can use the camera as a tool just like the painter uses his brush and colors to create a photograph, which might or might not confirm with reality.