It is about ‘Seeing’, not about ‘Capturing’ a Photograph

“You see, but you do not observe” – Sherlock Holmes to Dr Watson

As with almost everybody who has picked up a camera, they are first intrigued by the various controls and buzzwords like exposure, shutter speed, aperture, camera settings and lenses. In order to take a great photograph, we all attempt to get the best camera and lenses just like the pros do. Isn’t it ironic then that almost every photography enthusiast finds out after a few years in the field, that photographs are not there to be ‘taken’, but to be ‘seen and made’ by the unique eyes of each photographer.

Let me elaborate. Any great photograph which make you stop and wonder its beauty, whether it is a landscape or a street shot, is that way because of the way the photographer decided to frame the shot and never because of the camera and lens he is using. Sure, the camera is important to get the technical aspects of the photograph right – its sharpness, saturation and clarity, but it is just that, a tool to get the technical aspects right so that the photographer can focus on ‘seeing’ – or how he frames and composes the shot. It is much more difficult to know where to stand and when to click the shutter than to buy the most expensive gear in the world. 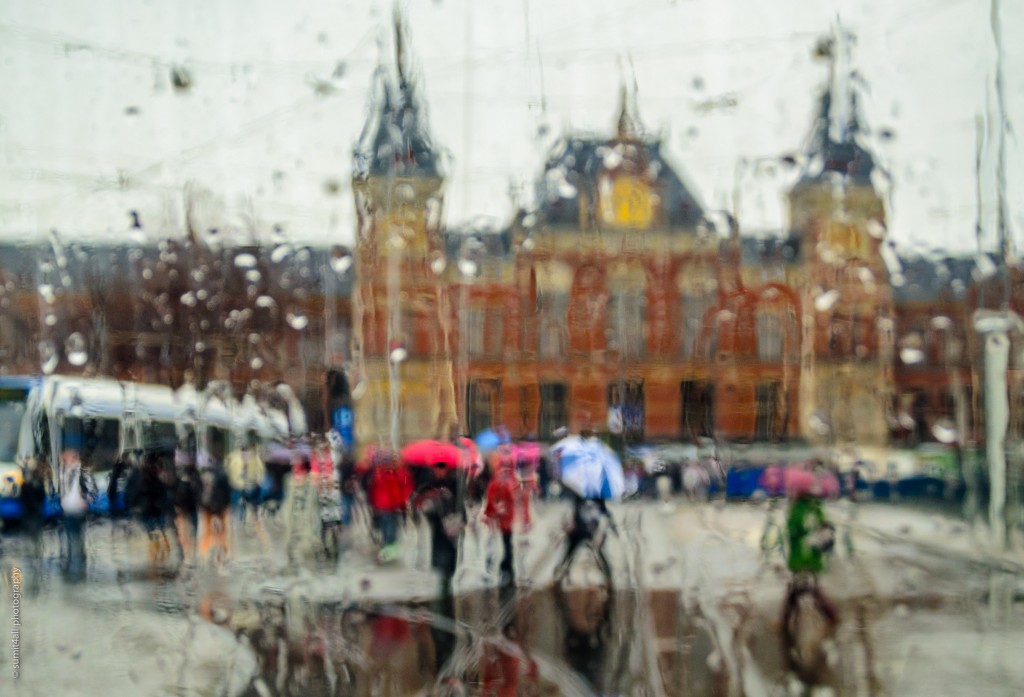 As the below quote by Ansel Adams says –

“The single most important component of a camera is the twelve inches behind it.”

Seeing in a new way can reveal richness and beauty in this world that is otherwise hidden from view. Our eyes can reveal or see ‘more’ if we apply our imagination and perceive any given photographic subject in a fresh manner. Photography I believe is the creative process of transforming a 3 dimensional scene (which we see) into a two dimensional plane (a photograph). How to get that feeling of depth in a two dimensional image is the challenge every photographer faces.

Colors of Desert – Jaisalmer [Everything which is (or not) in the frame is for a reason, and by choice]

Having said that, I am not trying to say that “seeing” in a creative way is a gift which is possessed by the great photographers. Seeing creatively is a process which requires a lot of hard work. It might require a lot of changes in position and angle from which the photographer takes a series of photographs, and then later decide which one has the most impact. If your subject is static, you can take your time and move yourself before finding the perfect angle, but if your subject is moving, the process becomes much more challenging.

Another way to look at it is to think about what the viewer sees in your photograph. Is it the same thing that inspired you to make the picture in the first place? Where does the viewer looks first, and then to which elements in the image is his eye led to? You can’t just hope that they will see what you captured in the frame. The composition has to purposefully direct your viewer’s attention. That can be done multiple ways – for example using placement of elements, direction and intensity of light, burning and dodging, using slow or fast shutter speed, depth of field, etc.