Cities and business are almost inseparable in today’s age. With industrialisation and globalisation having a big impact on how we live our lives, it is almost a norm in every city around the world to have numerous shopping districts – which are not only places to buy new things, but also places where people come to meet, relax and have fun. 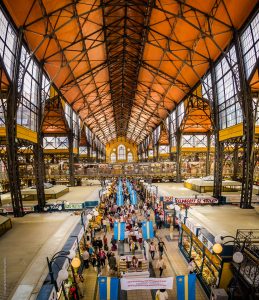 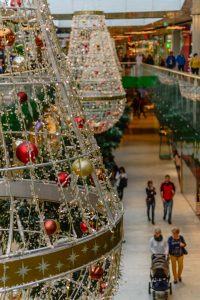 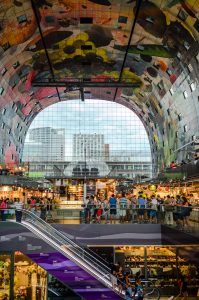 The Markthall in Rotterdam – An Architectural Masterpiece in Itself

The impact of business can be seen in different form in cities around the world. Some cities have modernized and embraced the latest in architecture and technology to build beautiful shopping malls decorated with the most innovative lighting and signage. New York and Rotterdam can be seen as examples of this trend. 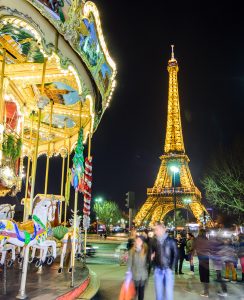 A Traditional Carousel Near The Eiffel Tower in Paris 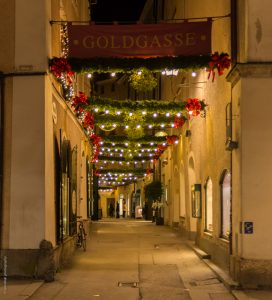 Christmas Decorations over a historical shopping street in Salzburg, Austria

On the other hand, other cities have retained their old world charm and heritage while still giving options to business to be omnipresent in the historic architecture and cobbled streets. European cities like Amsterdam, Budapest, Salzburg, etc fall in this category. 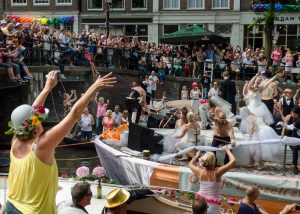 Reveliers during the Gay Pride parade in Amsterdam, Netherlands

Festivals and celebrations are a very important part of city calendars today. Not only they mark an historic occasion or celebrate something unique to the fabric of each city, they provide another opportunity to various businesses to make contact with the residents. Participating in such events doesn’t only make fine economic sense, but it also provides a platform for different companies to make an emotional connect with the societies they operate in. The Gay Pride Parade in Amsterdam, Diwali festival in India and Christmas celebrations across all major world cities is an example. 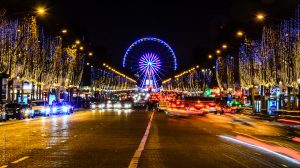 Champs Elysees in Paris – Arguably the Most Exquisite Shopping Street in the World. Decorations during Christmas

The economics of tourism have now also forced cities to become a brand in themselves. It is not uncommon in the 21st century for cities to have their tourism board – which employs hundreds of employees and work like an independent company to attract tourists from all over the world. Cities like Paris, London, New York, Amsterdam, Las Vegas are some of the biggest city-brands today – and tourism contributes as much as 25% to their economy.