The Arc de Triomphe in Paris can be called another centre of Paris. After all, there are 12 (yes, twelve) avenues (roads) in a decagonal configuration which lead out from the Arc de Triomphe. It was build as a tower for victory by the great Napoleon between 1806 and 1836.

The Arc de Triomphe now honours those who fought and died for France in the French Revolutionary and the Napoleonic Wars, with the names of all French victories and generals inscribed on its inner and outer surfaces. Beneath its vault lies the Tomb of the Unknown Soldier from World War I. 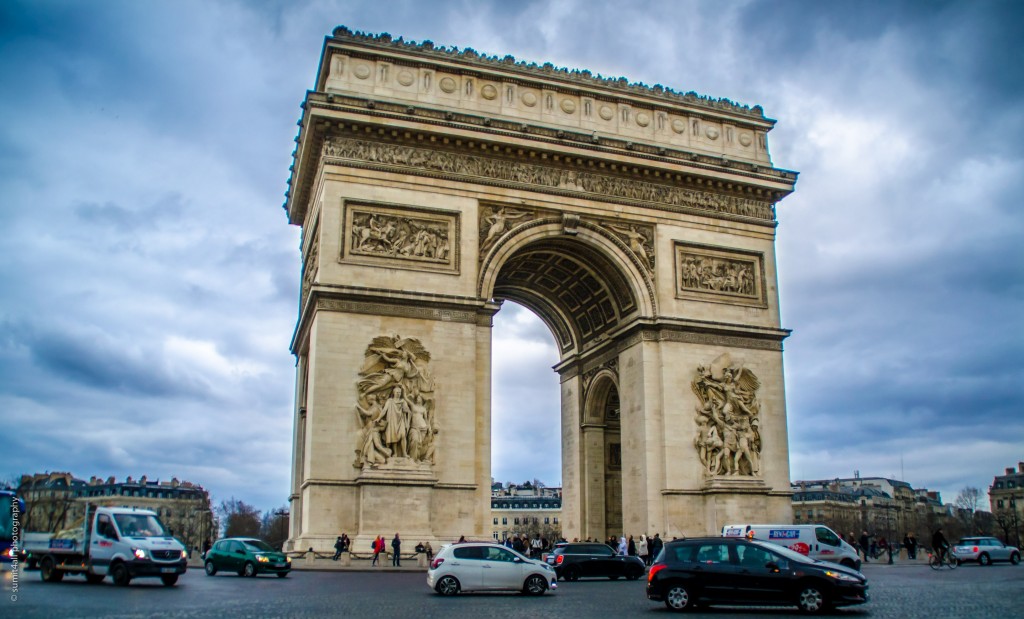 The Arc De Triomphe during an overcast evening

The monument stands 50 metres in height and it is so grand that there has been an instance of a bi-plane flying through it. (See pic). It is one of the tallest arches in the world, with only a couple of arches built in the 20th century, in Mexico City and Pyongyang eclipsing its height. It’s located at the western end of the Champs-Élysées, which is known as the most expensive and luxury shopping street in the world.

You can even go up the tower for spectacular views over the city, which I didn’t do this time because of bad light and overcast skies. Have kept it for the next time we are in Paris, when we can expect some sun and beautiful sunset light. Oh yeah, a photographer gotta know his light if we needs to have the best shot.

How can you make a photograph like this? How did I make this shot?