Not to mean that Amsterdam is not beautiful during the day, its beauty takes on a totally new dimension during nights. The combination of canals, boats, and restaurants and historic houses on the narrow streets make for a wonderful display of lights all around the city. With the weather being very wet in Amsterdam, more often than not you will found amazing clouds, thunder and rain along with the lights down below, and at sunset, you can literally see the full rainbow of colors as the sun plays hide and seek with the clouds. 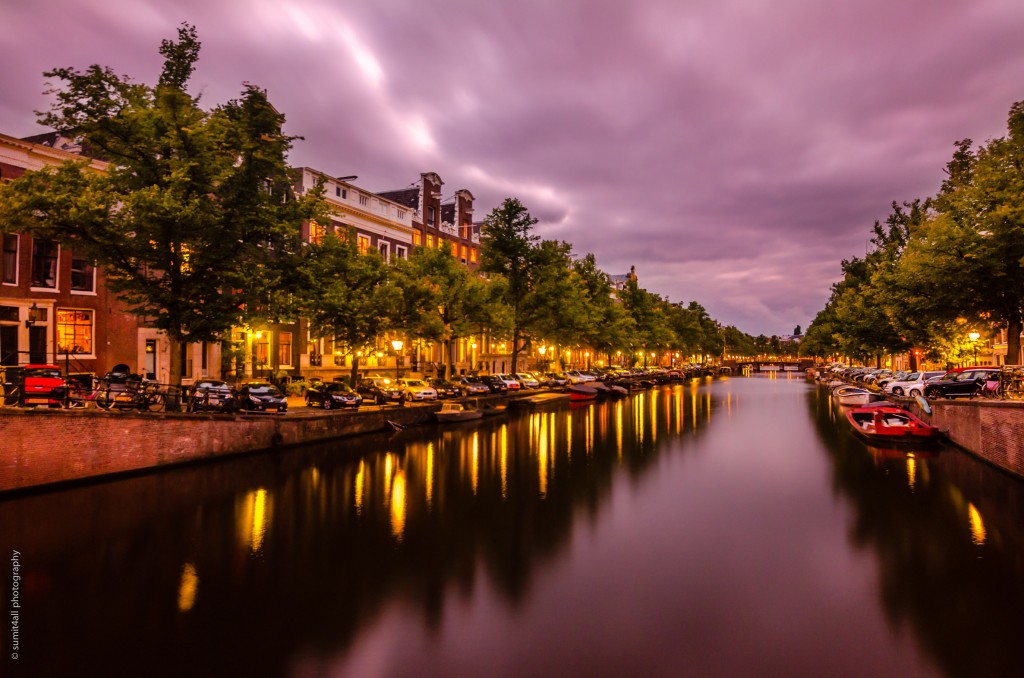 The above image is just one example of what happens as the sun sets and the sky turns from blue to purple to grey to black. This shot above is taken with my wide angle lens at a focal length of 16mm at f 5 and exposure time of 30 seconds. I had three neutral density filters attached to the front of the camera to allow for this long exposure time. Without the need to say, this was taken on a tripod, which is a must for these kind of shots. A little later, I took the below shot as the sky turned totally dark. 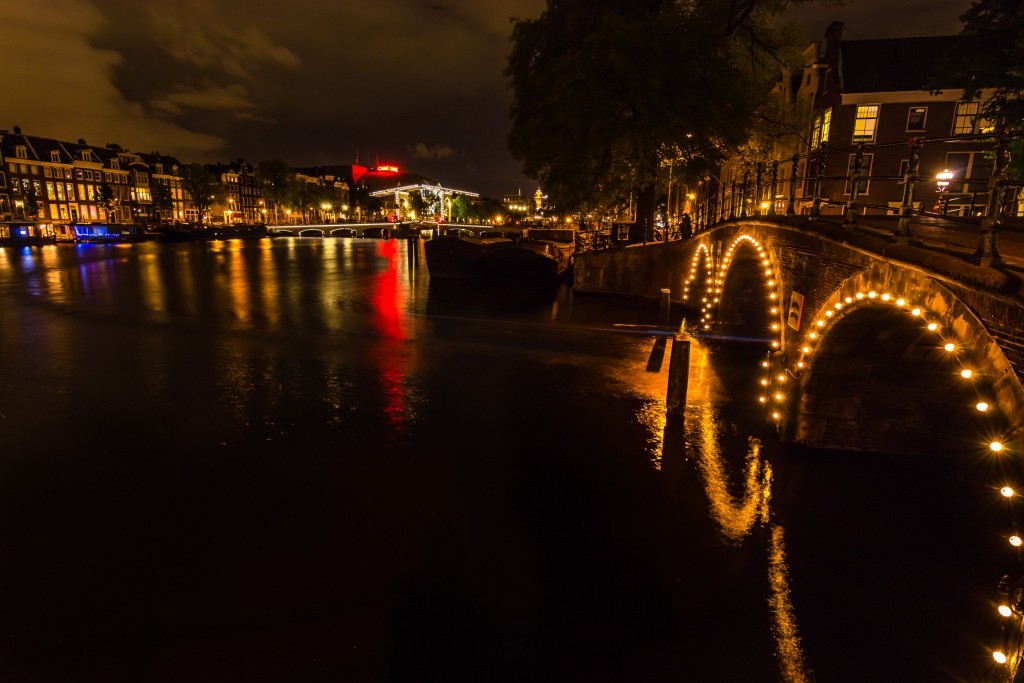 Facing the Magere Brug by the Amstel

Amsterdam has no less than 165 canals and 1,281 bridges, earning the city the reputation of ‘Venice of the North’. There are also 2,500 house boats. No wonder I never think twice before taking my camera and tripod out for a few shots after a hard day of work. The best way of unwinding.