Modern Architecture In Our Cities – The Symbols of Human Evolution

From the 20th century onwards, and especially after the 2nd world war, we (humans) have witnessed tremendous change and scaled new heights in our architectural visions and dreams. What makes the last century unique is the vast amount of visible masterpieces of modern architecture that symbolises our cities today.

While in the previous centuries most of the amazing architectural work was done by monarch’s to showcase their might and wealth, today’s architecture is built by private individuals and companies operating in a free market. What is significant is that despite being subject to the economic laws of profit, loss and sustainability; there are a large number of architectural works present in the world today. These modern architectural marvels provide places for people to work, play, enjoy time with friends and family, and consume content, products or services available. If yesterday’s architecture was built by the few and for the few, today’s modern architecture is a joint effort of thousands of people, and millions of people access whatever they offer. 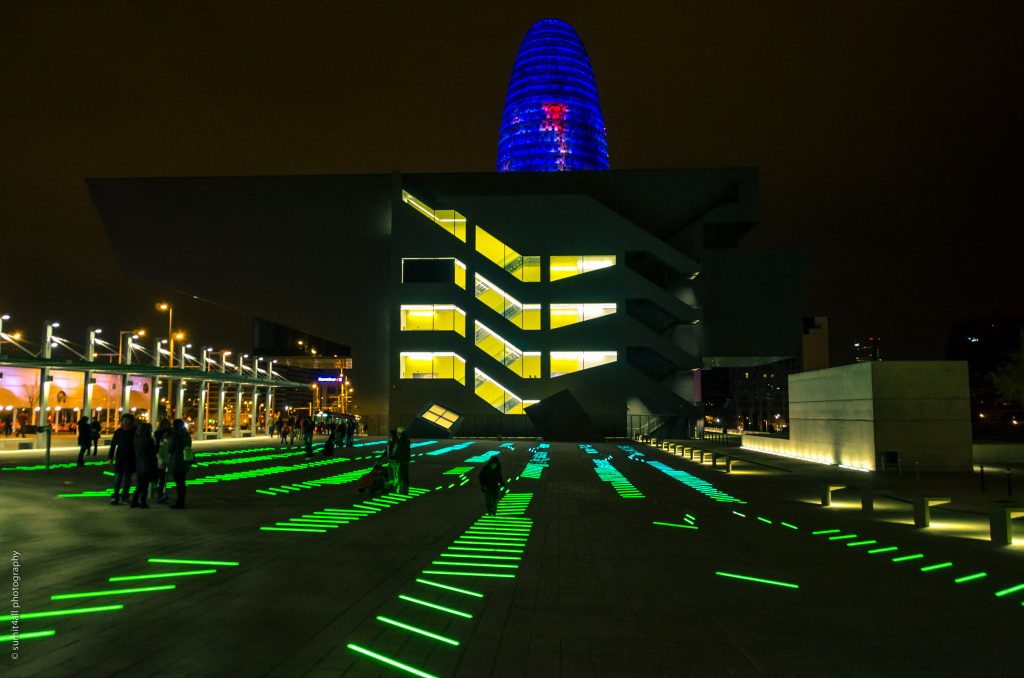 Nowhere does the marvel of modern architecture comes alive like in our cities. These works of modern architecture, with their steel and glass outdoors, and the reflecting granite facades, often stand next (or close) to the ancient and historic architectural work like Gothic Cathedrals and Royal Forts and Palaces. Seeing buildings from different centuries in our cities fascinate me and the city looks like a living being that has (and still is) evolved over the ages. 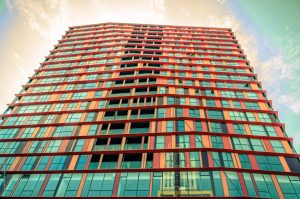 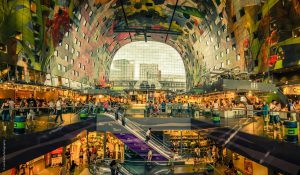 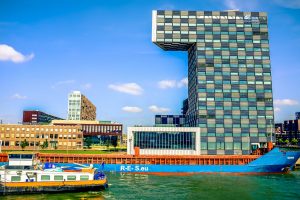 Modern architecture can be incredibly simple to look at, yet delicately complex in its design. Modern architectural traits that are visible in today’s buildings are simplicity, and show off the building materials instead of hiding them. That is why glass, concrete, steel and wood are often displayed in style and not hidden in today’s architecture. 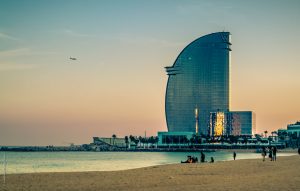 The Hotel W with its unique shape resembling a sail, standing by the sea side on the Barceloneta Beach 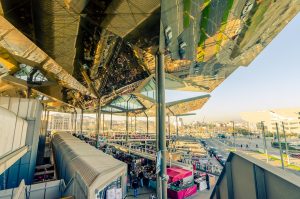 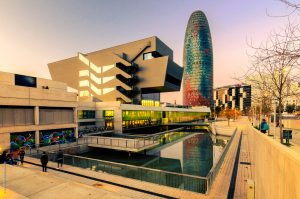 Lovely reflection of the Torres Agbar skyscraper in Barcelona, Spain.

It can be said that our cities, and in turn the modern architecture present in them, is a response to human needs. And today’s human beings need places which they can access easily, where they enjoy quality time spent with their family, and which can be repurposed for different use in the future. While doing all this, today’s architecture must be kind to the environment and our planet too, and not just to our pockets.

While the media might portray the biggest airport, the tallest skyscraper, the longest bridge as they are easier to sell to their audience, there are hundreds of less publicized but equally deserving projects of modern architecture in our cities. Today’s architecture is an expression of the way we live and an embodiment of our values. It would not be wrong to say that it is architecture which gives style and flair to our cities. 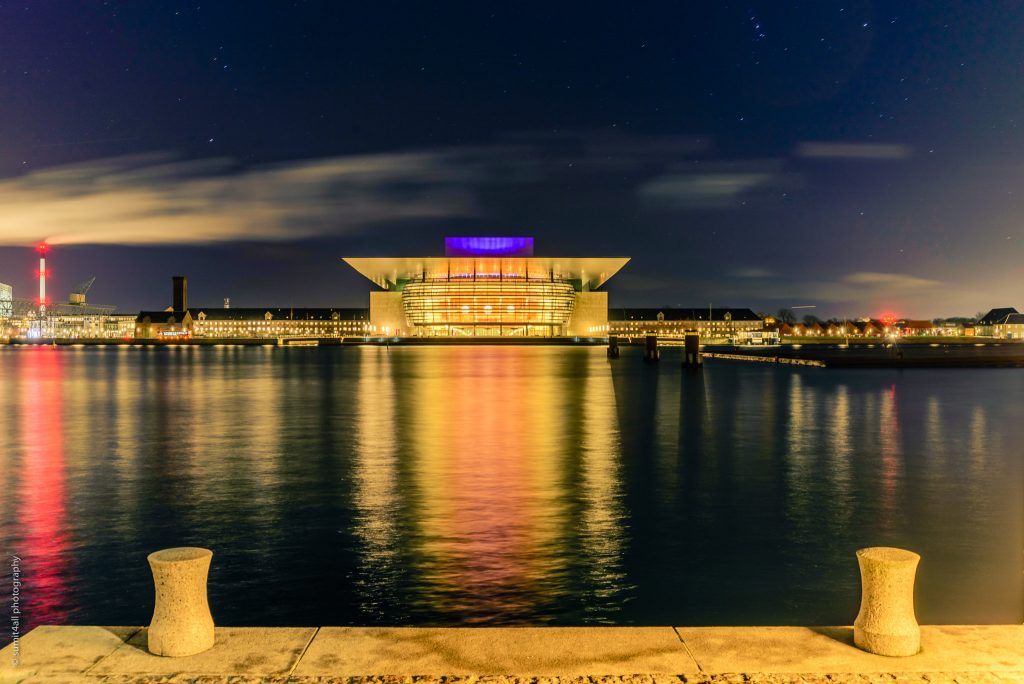 The The Royal Danish Opera House in Copenhagen, Denmark at night.