Humayus Tomb – Beauty in my Backyard

Humayun’s Tomb was built in 1570 and houses the body of the second Mughal Emperor, Humayun as well as up to 150 other members of the ruling class family are buried on these grounds. It is of particular cultural significance as it was the first garden-tomb on the Indian subcontinent. It inspired several major architectural innovations, culminating in the construction of the Taj Mahal.

Grave Inside the Humayus Tomb

This tomb is actually very clean and green and very well maintained, unlike many other tourist attractions in Delhi. The lawns and gardens surrounding it are very spacious and provide a lot of good angles to take photos. It is also a good spot if you just want to relax while in the middle of Mughal heritage and stunning architecture. 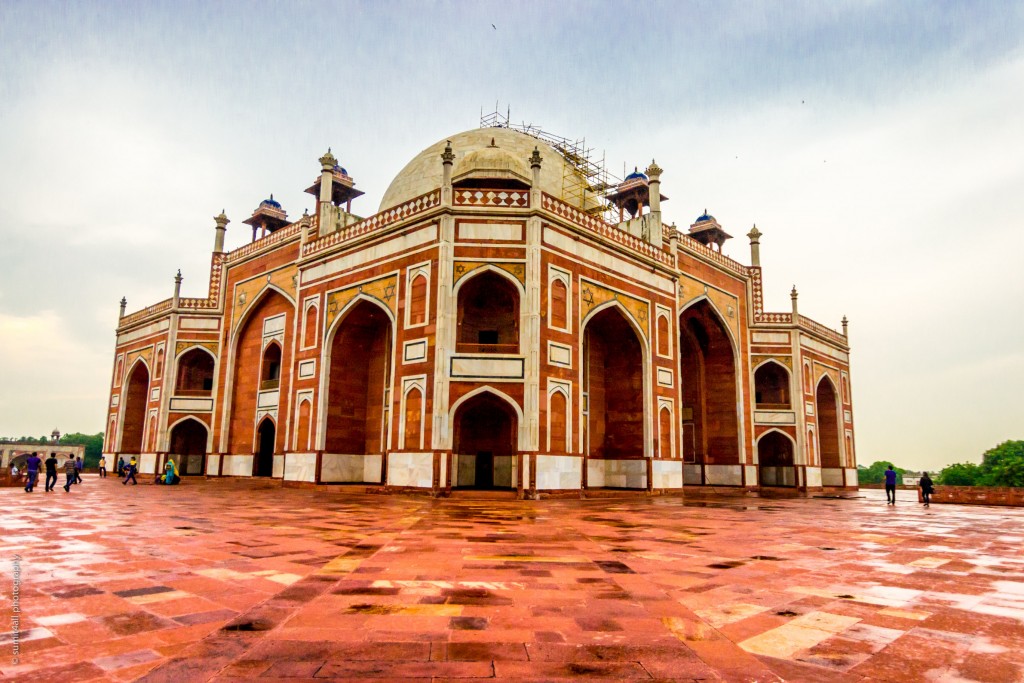 A side view of the Humayus Tomb, New Delhi

An added benefit is that with far fewer other visitors, you can actually find opportunities to take some beautiful photos of the Tomb on its own with no people walking around in the foreground. When I went there, it was a rainy evening which made look for small puddles of water to look for some nice reflections.

How can you make a photograph like this? How did I make this shot? (the image on the top with the reflection of the tomb)

So that was it. It was more of an on-the-spot exploration than preparation that helped me make this image. I went there to make a completely different image, but came back with something with a fresh perspective which was even better.